One of the primary features of ERIS is the support of file system folders, also known as queues. File system folders/queues are continuously monitored for activity and processed in the order they are written to disk chronologically. 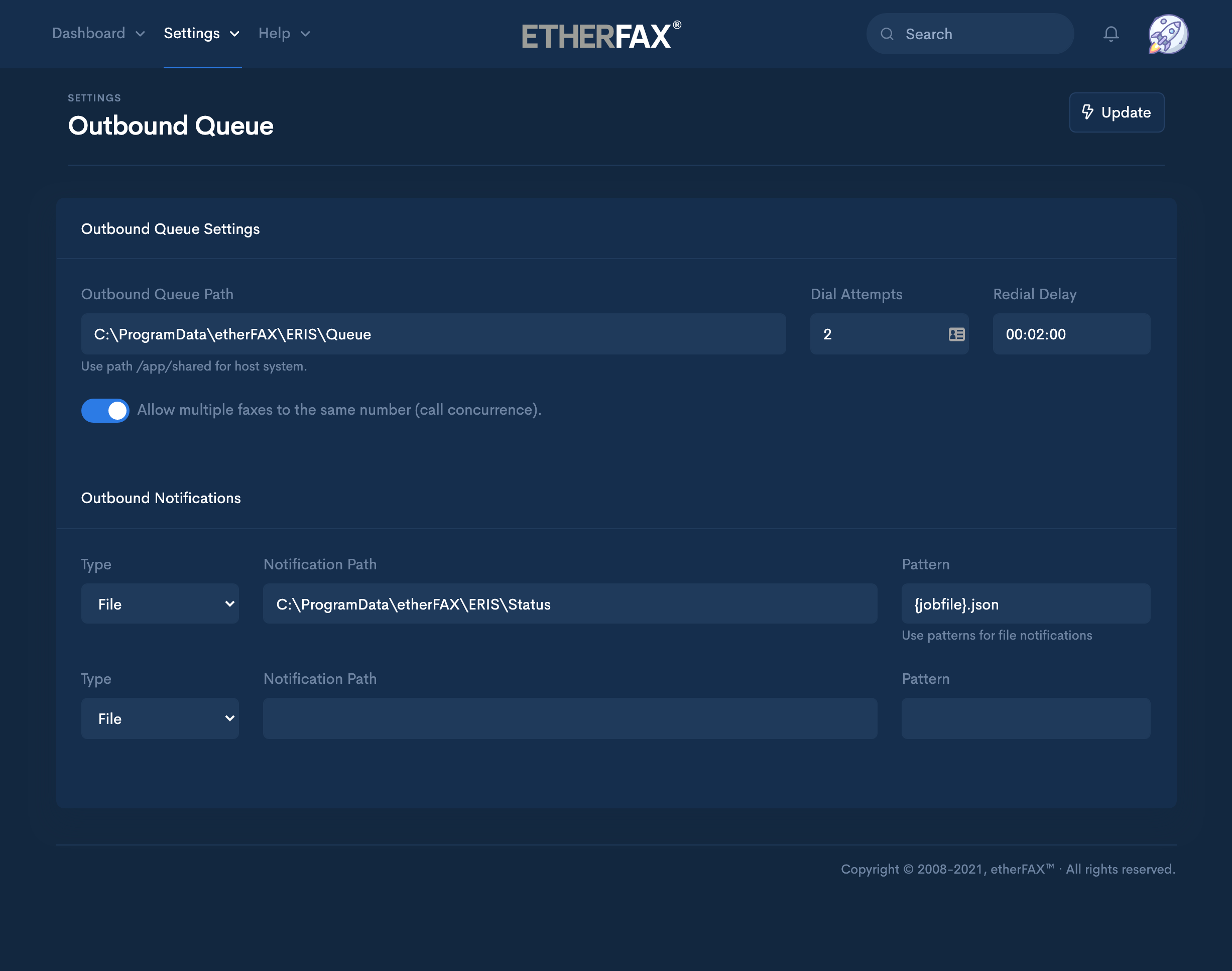 When using Exec, the full path and file name of the status file is passed as an argument to the executable or shell script.

When notification files are created, placeholders in the pattern will be translated as follows: